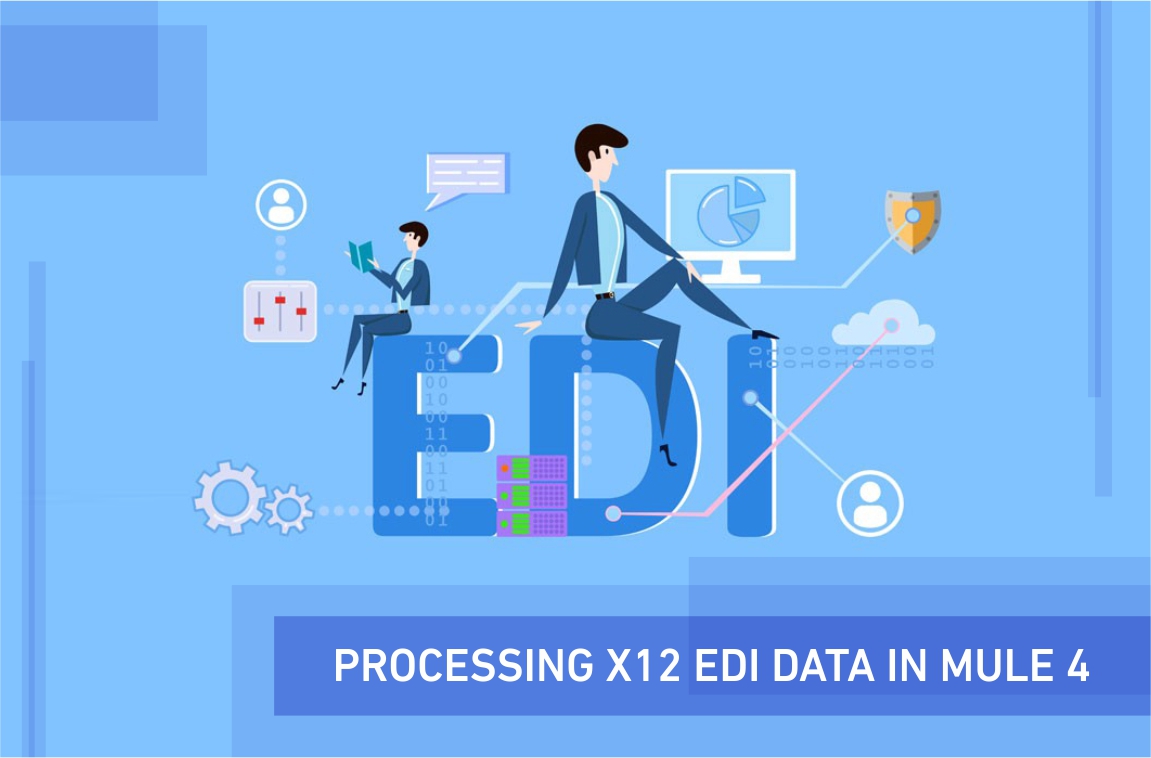 X12 EDI is a data format based on ASC X12 standards developed by the American National Standards Institute (ANSI) Accredited Standards Committee (ASC). It is used to electronically exchange business documents in specified formats between two or more trading partners. EDI Data is widely used in logistics and Healthcare industries.

In this article, we shall see how an X12 EDI document is parsed and converted into an XML document. The following Connector is used from Anypoint Exchange for working with X12 data – “X12 Connector – Mule 4”.

The following steps are performed for working with EDI documents 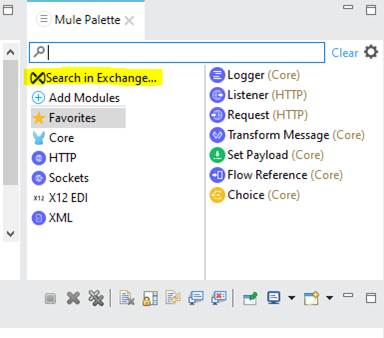 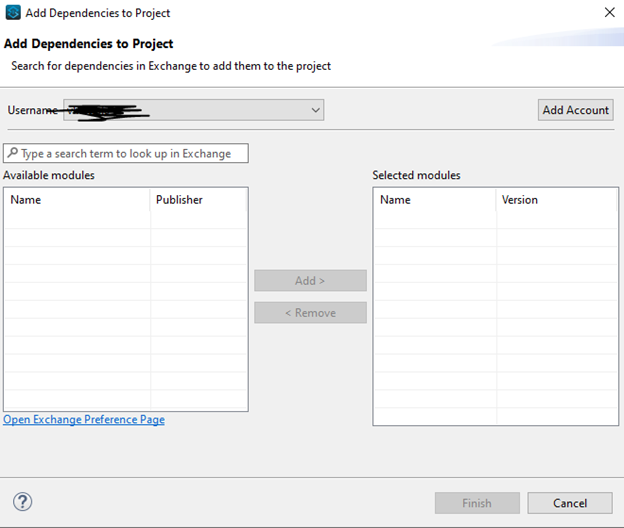 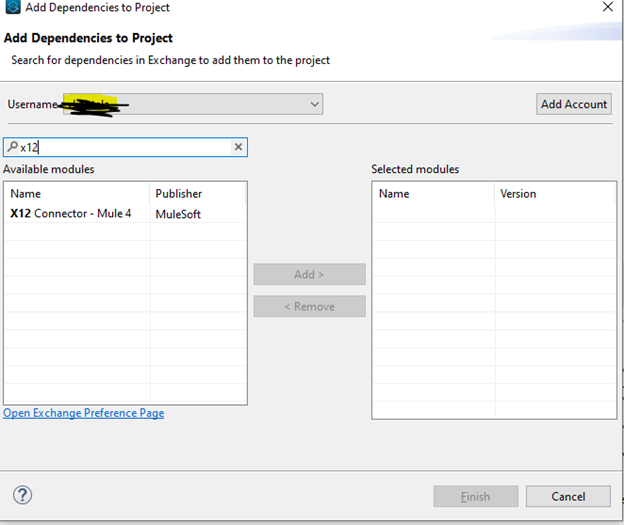 2. Create a Mule flow that reads the X12 data, parses, and transforms it into XML format

When an X12 Read processor is executed, it generates an object with the schema as shown in the screenshot below 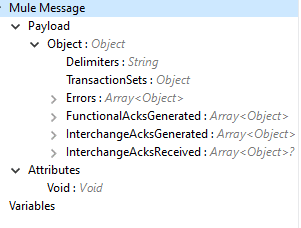 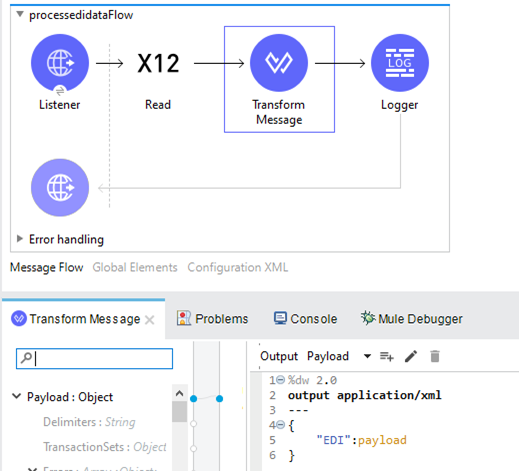 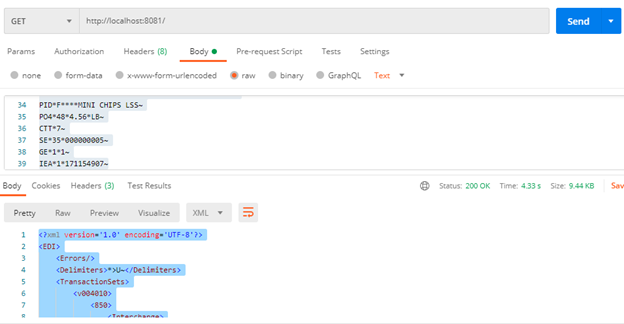 As seen in the flow, the parsing and processing of EDI data to other formats using the X12 Connector is straight-forward. In practice, for file-processing with large number of EDI transaction sets, a file-based batch processing is used, and each transaction is parsed separately using EDI X12 Read Processor before further processing is done.

The screenshot below shows the expected output for X12-Write processor. 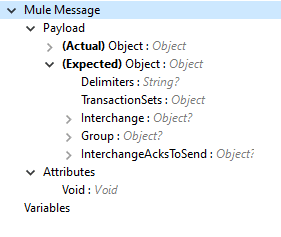 After the EDI data is read using the X12-Read processor, and the transaction processing is complete, the response data may have to be formatted back to EDI. To generate an EDI response, a Java Object with the above schema is built (screenshot above), This “Expected” Object is provided as an input to “X12 – Write” processor that transforms data into EDI format, which can then be used for response.

In the next part of the article, we shall delve into the details of trading partner setup for exchange of EDI documents and customizing EDI validation rules. So, stay tuned!